Home • News • What is Dementia?

How many types of Dementia are there? And what causes Dementia? 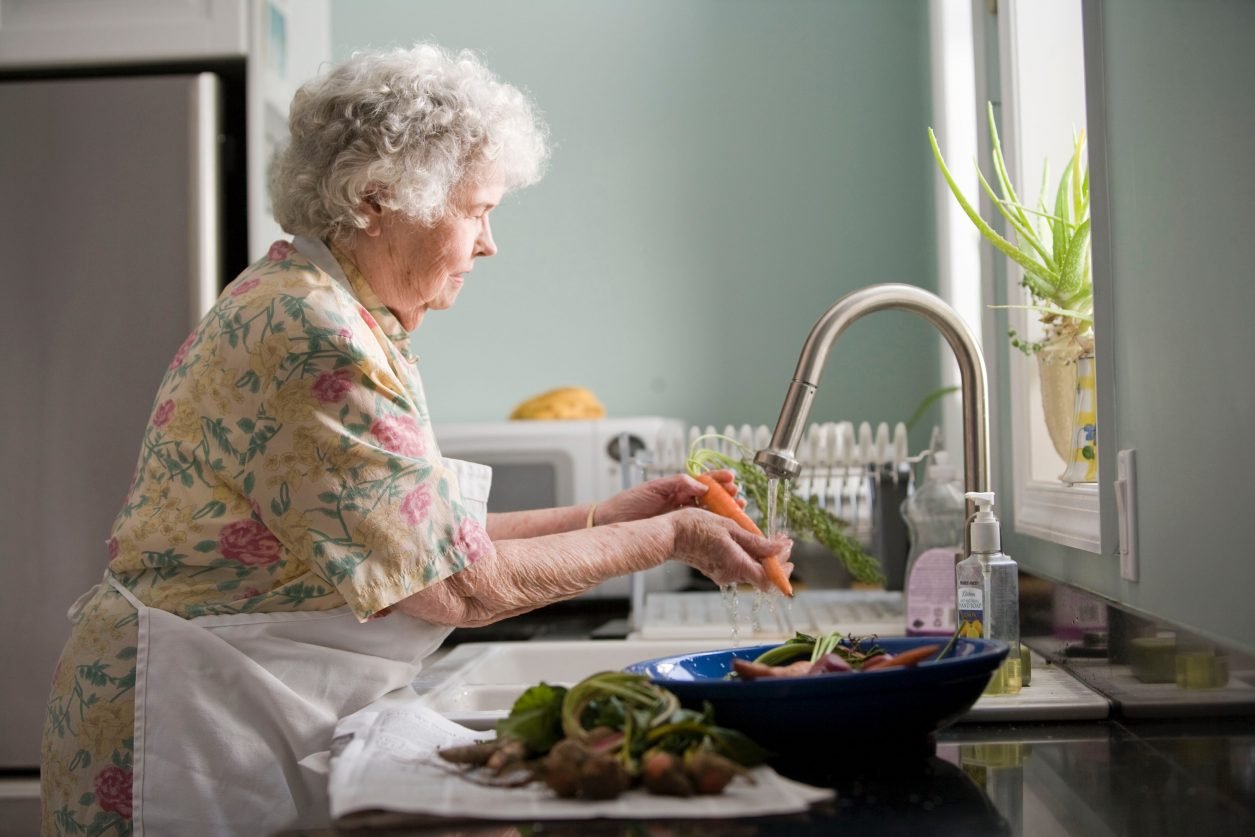 Seeing a loved one struggle with Dementia can be difficult, but there are lots of ways you can help and support them in living a comfortable and fulfilling life. We understand the challenges that come with supporting a family member living with Dementia, so we’ve answered the important questions on what Dementia is, and how many types there are.

What is Dementia and what are the causes?

Dementia is an umbrella term used to describe a variety of different conditions (or groups of symptoms) to do with the decline of a person’s neurological functions. Typically associated with old age, there are various types of Dementia that can take many different forms and affect people differently. But what causes Dementia and what are the symptoms to look out for?

Inside the brain, there are millions of neurones; nerve cells that transport chemical signals in order to “communicate”. Sometimes, these neurones can become damaged or start to break down, which is typically when someone will begin to exhibit symptoms of Dementia.

Because Dementia causes these nerve cells to deteriorate, messages can’t get around the brain properly, which then affects other functions of the body.

How many types of Dementia are there?

There are various different types of Dementia, all of which have slightly different symptoms and affect people in different ways.

This is the most common form of Dementia in those over 65, and is caused by a malfunction in two naturally-occurring proteins in the brain.

The second most common type of Dementia in those over 65, Vascular Dementia is caused by small blood clots forming in the brain, reducing the amount of oxygen reaching the brain tissue.

Frontotemporal dementia is caused by the death of nerve cells and pathways in the frontal and temporal lobes of the brain, affecting behaviour and personality.

Lewy Body Dementia is caused by abnormal clumps of protein within the brain. Called Lewy bodies, these clumps can affect cognitive function as well as impact movement.

When someone is diagnosed with more than one type of Dementia, their condition is referred to as Mixed Dementia.

Huntington’s disease is a genetic disorder caused by a faulty gene that affects the areas of the brain responsible for movement, learning, cognition and emotions. Because of the damage caused to the brain, someone with Huntington’s Disease can develop Dementia in the later stages.

The first signs of Dementia: what to look out for

The early signs of Dementia are often mild, and may go unnoticed for some time. There are also several types of the illness, with other symptoms specific to each type. This means it may not be easy to initially spot the first signs and symptoms of Dementia. However, if symptoms persist or gradually worsen, or you suspect something is wrong, it’s best to seek medical advice as soon as possible for further support.

Common early signs of Dementia are:

• Memory loss, often impacting on daily life
• Fluctuating moods, or mood shifts that seem out of character
• Feeling confused about the date, time, and location
• Frequently struggling to search for the right word, or having trouble keeping up with conversation
• Difficulty in carrying out daily tasks, such as becoming confused over the correct change when shopping

These symptoms may not get worse, or can become more frequent very gradually. While these are often some of the first signs of Dementia, not everyone who experiences these symptoms will go on to develop the illness. If you or a loved one is concerned about memory loss or any other problems, it’s best to seek help from a GP right away.

Some of the first signs of the different types of Dementia include:

Signs of Alzheimer’s disease include:

• Becoming confused in unfamiliar surroundings
• Repeatedly asking the same, or similar, questions
• Having difficulty with tasks that include planning
• Difficulty finding the right words, or struggling with numbers

Signs of Vascular Dementia include:

• Mobility issues, including a change in the way a person walks
• Stroke-like symptoms such as muscle weakness or paralysis down one side of the body. Seek urgent medical attention if these symptoms are present
• Issues with attention span or reasoning
• A shift in emotional state, sometimes seen through depression

Signs of Dementia with Lewy bodies include:

Signs of Frontotemporal Dementia include:

• Issues with language, including struggling to find the right words or misunderstanding them
• Changes to their personality, potentially seeming more withdrawn or unempathetic
• Difficulty understanding social situations, making rude remarks or inappropriate jokes
• Obsessive tendencies, particularly with food or drink

No, forgetfulness is not always a sign of Dementia. It’s normal to occasionally forget things, or make infrequent errors when paying bills, for example. This is somewhat expected and completely normal, but it shouldn’t interfere with your everyday life.

How to recognise early signs of Dementia

Keeping a watchful eye is one of the best ways to recognise the early signs of Dementia. If a mild symptom occurs once every now and then, it may well be nothing to worry about. If you notice one or more of the first signs of Dementia, and they are occurring fairly regularly or enough to interrupt daily life, it should be investigated by a doctor.

If you suspect yourself or a loved one is showing some of the first signs of Dementia, you might wish to keep a written log of every time a symptom occurs (each time they are confused about the time, for example). If forgetfulness is a symptom, it’s best to keep this log somewhere noticeable and make others aware of it. If you should approach a GP about the symptoms, this log may prove useful to the doctor in understanding the patterns of forgetfulness.

Depending on the severity of the illness and the support available, it is absolutely possible to live at home with Dementia. Particularly in the early stages of Dementia, with the right care plan in place, many people prefer to continue living at home.

The benefits of living at home with Dementia

As the illness progresses, it may become more difficult for someone with Dementia to look after themselves or their home. This is where adapting living spaces becomes useful and will help with maintaining independent living for as long as possible.

Some ways to create a Dementia-friendly home include:

Often people with Dementia can become confused or disorientated, and low lighting may make this worse. Having better lighting helps to reduce the risk of falls too, particularly in areas which are more dangerous such as the stairs and the toilet. Make sure that curtains are open during the day, there are no unnecessary blinds obscuring the light, and that trees and hedges are cut back away from windows. Keep light switches easily accessible and straightforward to use; you could even add glow in the dark strips to the wall above and below the switch to make sure they can be found even in low light. PIR lights (Passive Infrared Sensor) will automatically come on when someone passes them, and these can be a really helpful addition to a Dementia-friendly home.

Keep floors clear from tripping hazards, which includes rugs and mats on the floor where possible. Try to avoid shiny or reflective flooring, which could look wet and dangerous, or flooring that is slippery or becomes slippery easily. As Dementia can impair how we tell the difference between colours, try to keep flooring to a colour which contrasts the walls, as well as being a matt finish.

People living with Dementia can sometimes become overwhelmed with a sensory overload, such as lots of loud noises. To reduce excess noise, use soft furnishings (such as curtains, pillows and carpets) to absorb sound. Make sure the TV and radio are switched off if not in use too.

Sometimes leaving labels with reminders on around the house is all that is needed. Other times, it might be useful to leave signs on the doors of rooms or cupboards. Leave signs in an obvious and easy-to-see place, with below eye-level being best for more elderly people as they tend to look down more often. Make sure the signs have large text, are bright and contrast the background, and include a relevant picture too.

Another way to make living with Dementia a little easier is to add Dementia-friendly homeware to the house. This might include:

At this time, you may also consider organising with live-in or home care services to give added support with daily tasks and to check in on your family member regularly.

What is the most common form of Dementia?

Dementia is the general term for loss of memory, caused by physical changes in the brain. The most common of the types of Dementia is Alzheimer’s disease. It’s most likely to develop in people over the age of 65, but can be found in younger ages.

What is the difference between Dementia and Alzheimer’s?

Sometimes muscle weakness and tremors can be a symptom of Dementia, and are sometimes observed in those with Vascular Dementia. However, shaking hands alone is not necessarily a sign of Dementia. It is very normal to have a slight tremor, and many people don’t really notice they have one. If a tremor worsens, it could be because of normal ageing, stress or anxiety, high levels of caffeine or a dramatic change in temperature (hot or cold). Should a tremor occur suddenly and is particularly noticeable, or causes trouble carrying out everyday tasks, it’s best to speak to your GP.

In short, losing things isn’t always one of the signs of Dementia. Being occasionally forgetful is completely normal and just a part of being human. However, combined with some of the first signs of Dementia, or if you’re regularly losing things you wouldn’t usually or increasingly losing items and it’s causing an issue with your day-to-day life, it’s best to be checked over by a GP.

Can someone with Dementia live alone?

Absolutely! We would encourage anyone living with Dementia to live where they feel safest, which is often in their own home. With the right support and care plans in place, even those who live alone can continue to live in their own home as normal.

We provide a range of services to suit the level of Dementia care your loved one needs. This could be hourly, live-in, respite or overnight care. Our Dementia carers not only offer specialist care, but also a friendly face to chat to, support for families who face difficulty managing the illness, and the reassurance of knowing that your loved one can remain living safely in their own home – often the environment they feel most comfortable in. Our Dementia care services mean that as our customers’ needs change, their care plans can be adapted too. And with the right care in place, you can simply enjoy spending quality time with your loved one.

Rated ‘Outstanding’ by our industry regulator, the CQC, our care services cover Buckinghamshire, Dorset, Hertfordshire and Oxfordshire. Get in touch or call us on 0330 094 5511 to find out more about our services, and how we can offer support for all the different types of Dementia.

“The Care staff that are supporting my Mum through her Care Needs are extremely lovely and Supportive. Our Mum has cancer and she is receiving the most excellent and caring support from all Staff. We would just like to say a Huge thank you as we know that there is more difficult times ahead for us as a family. ”

See what our service users think